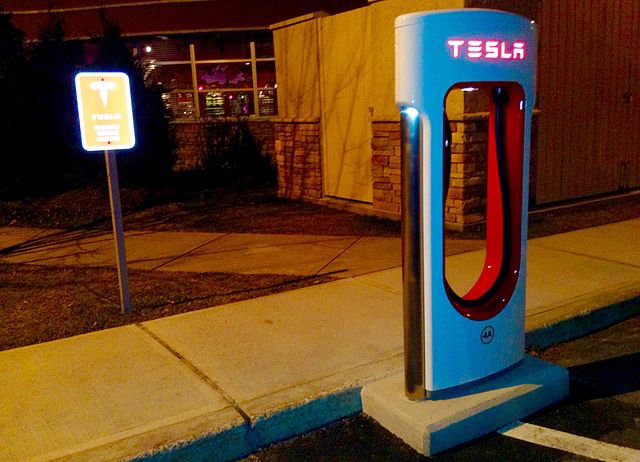 State of The Transition: Unfolding like the plot of an epic novel

A Saudi Prince talks of his nation’s “dangerous addiction” to oil, and sets out a plan to kick dependency within just a few years. A Bloomberg guru talks of renewables “crushing” fossil fuels around the world. Arguably the most successful entrepreneur ever turns the unveiling of an electric car not due to be delivered for 18 months into the most successful product launch in history. A revered Silicon Valley futurist ponders the seven doublings of the global solar market since 2000 – one roughly every two years – and advises doubters in the technology not to ignore the arithmetic of exponential growth: six more doublings over the next 12 years would mean 100% of global energy from the sun.

Plus much more that would have been unimaginable a year ago.

That was April in the great global energy transition.

None of it is guaranteed to materialise. That’s the thing about narrative tension. In my book, given the stakes, no novel can rival this epic real-life drama.

Apropos the stakes, Presidents Obama and Xi exhorted nations to sign the Paris Agreement with them on Earth Day, and 169 did: a record for any treaty on its first day for signature. In America, a tide may be turning: record numbers now worry about climate change (64%) and support renewable energy. Of Republicans, 61% support the regulation of carbon dioxide, and 72% support acceleration of renewables.

Of the 1,000 cities committed to 100% renewable energy, San Diego is a leader, with a target of 2035, and its mayor is a Republican. San Francisco became the first of the 100% cities to make solar mandatory on all new buildings.

Hewlett Packard became the latest recruit to the 50-plus companies committed to 100% renewables. IKEA, the front runner with a target of 100% renewable energy by 2020, declared its intention to be number-one global solar retailer, and soon thereafter announced a UK partnership with Solarcentury, the first company to install 500 megawatts of solar under the grey skies of Britain. (Declaration of interest: I founded Solarcentury and am a significant shareholder).

Tesla unveiled its $35,000 Model 3 EV on 31st March. By 3rd April, Elon Musk’s company had taken 276,000 orders worldwide, with queues of people outside its stores waiting to table $1,000 deposits. Orders now exceed 400,000, meaning more than $10 billion of sales on Day One, should all deposits become orders and were the company able to manufacture enough vehicles. Not to mention $400 million of free money for Tesla in the 18 months before the first scheduled delivery. No previous product has come remotely close to this reception.

How will these EVs, and all the others like them, be powered? Around the world, solar and wind are already “crushing” fossil fuels, Michael Liebreich of Bloomberg observed this month. And as costs continue to plunge, the list of places where these two renewables are cheaper than incumbency options has only just started to be written. Where might it end? Silicon Valley futurist, Ray Kurzweil, calculated that six more doublings of the global solar market at the same pace of the past would mean 100% of global energy from solar within just 12 years. The bankruptcy of a leading solar player in April, SunEdison, is being widely ascribed to an overexuberant business model: a blip on the upward megatrend.

The Saudi leadership is watching closely, it seems. On 26th, Deputy Crown Prince Mohammed bin Salman announced details of the $2 trillion post-oil-era fund he had unveiled in March. “We have an addiction to oil,” he said. “This is dangerous.” It could be ended by 2020 by investing in other areas of the economy that have been historically neglected, according to his “Vision 2030” plan. A renewables target of 9.5 gigawatts by 2030 will disappoint clean-energy enthusiasts, given that a cloudy nation like the UK already has more than 9 gigawatts just of solar and experienced its first day of solar providing more electricity than coal in April. The level of Saudi ambition will undoubtedly leap, given the world records being set in solar auctions, and ambitious plans elsewhere. In India, where the government acknowledges that solar is now cheaper than coal, the national solar target is 100 gigawatts by 2020.

All this intensifies the risk of stranded assets in fossil-fuel reserves, and wastage of capital in Big Energy capex programmes. Many in the financial sector are avidly awaiting the deliberations of the G20 taskforce on climate-risk financial disclosure chaired by Michael Bloomberg. Its interim report, on 4th April, points squarely to new financial reporting of a kind that will mainstream appreciation of climate risk and fuel the flight of capital from fossil fuels.